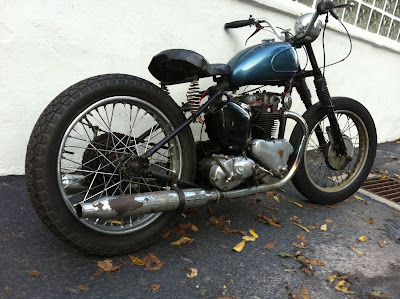 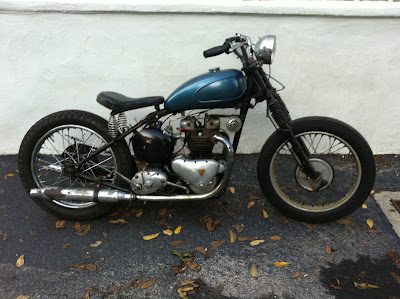 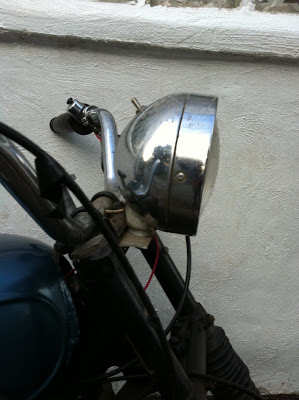 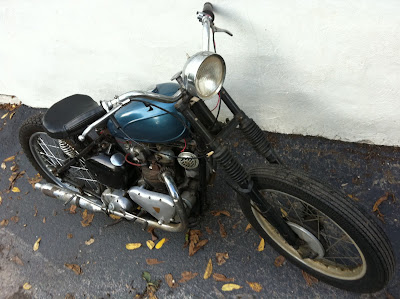 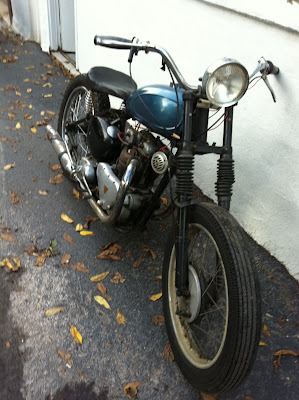 Every once in a while, a rare motorcycle pops up for sale in my area that is just too good to pass on. AD: 1951 Triumph 5T "Bobber" in running condition with T-I-T-L-E. Clutch sticks fenders included but no fender stays.
I've been collecting parts to build a 58 650 rigid for a while, but it seemed the more I hunted and gathered parts, the further that bike seemed like reality. Plus I have never owned a Pre Unit bike that was complete, so I really had no reference as to how they fit together. This cycle seemed like the perfect bike for what I needed (don't they all though?) it was basically running and complete. a little fiddling with the cosmetics and I have a really trick classic motorcycle - plus I have a reference for my 650 build.
As for this bike, I plan on making some temporary rear fender stays (unless they turn out nice, then they may become my KUSTOM stays! The front tire has to go (it has square edges, like a car tire, in fact it might be a car tire), it just feels dangerous, and not in a good way. I kinda dig the headlight, it looks like it might have been from a Ford model T, but I feel like it's way too high, kinda like a periscope or something. I'd like it to be lower than the bars. I also have a set of lower bars that I think will make it look cooler. I like the tank, not sure what it's from, but its bolted on the frame nicely and its free of dents and rust. I'm not married to the color. It looks like a rattle can, albeit decent rattle can paint job. But that will probably be my last step.
Today I'm going to give her a good look-over, check to see if theres any wobble in the wheels (it felt wobbly) change the plugs (it kept cutting out on the left side, though it has been sitting for 5 years) and I'm making a list of things I need to order like new front brake cable, clutch cable and While I'm at it, throttle cable.
Then, out comes the engine brite aerosol, and a can of Mothers and thecleaning begins!
Unless I happen across a pile of 51 5T parts for dirt cheap, I doubt I'll be restoring it to showroom condition. My minds eye see's this bike as something that one of Johnny's crew might have ridden in The Wild One.
A day later...
I had to lower the head light. It just looked odd sitting up so high. I made a temporary bracket out of an old copper pipe that I hammered, drilled and ground into shape. 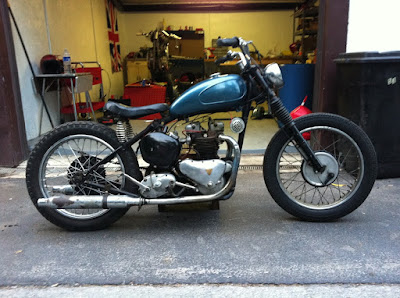 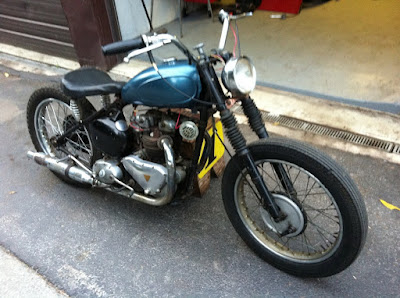 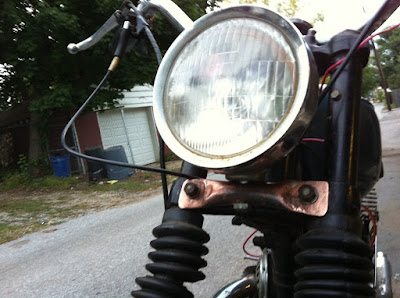 I kinda like the way it looks but it is only temporary. Kind of steam-punk don't you think? 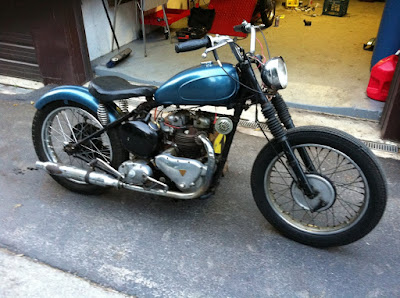 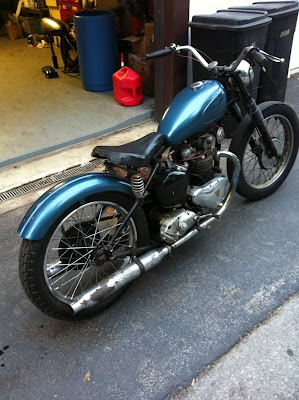 I mocked up the rear fender which I'm making steal fender stays for this week. More to come soon...
Posted by Matt at 7:19 PM