Yes that's right. for only £400 you can have a factory built Norvin Special with specially built Featherbed frame for only £400. All you need is your time machine, travel back to 1960,  buy one, pack it nicely for storage suitable for 50 years, hide it in a cave (ala Back To The Future III) return to the present time and, if hidden properly, go dig out your ultimate cafe racer. In fact buy two, sell one and keep one. Hell buy as many as you can - just don't try to bring the bike's back with you on your returning trip through time, because everyone knows you can't have any foreign objects in a time traveling device or you'll fuse together, in this case forming a hybrid man and machine... like in The Fly. 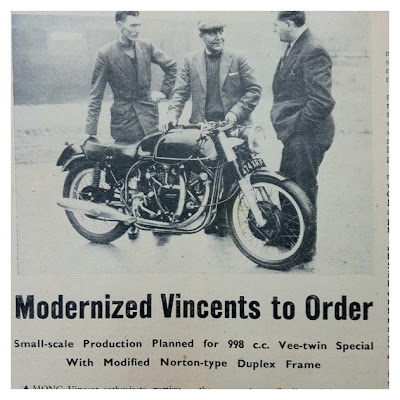 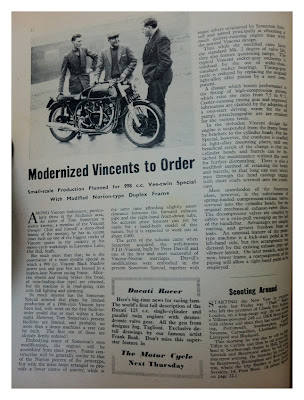 Speaking of Vincent Motorcycles (probably the most expensive and sought after British bikes) I came across a Vincent "Wave Runner" on ebay. These "Amanda" models are rumored to have been Vincents demise, as the fiberglass melted on some and may or may not have caused a drowning or two. This is all internet allegations so who knows, but we're talking about a VINCENT JET SKI here!

A friend of mine, Al Hartman, piped in that he once hauled a Vincent LAWN MOWER for someone. Imagine the GO KART you could make with that... if you wanted to pull apart one of the worlds only collectable push mowers.... (pictures lifted from San Francisco Vintage Cycles, check them out and support!) 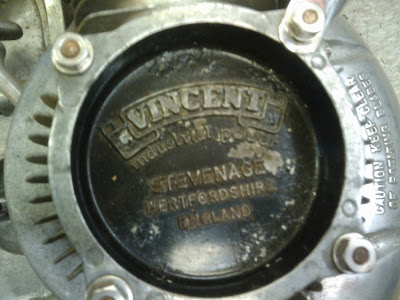 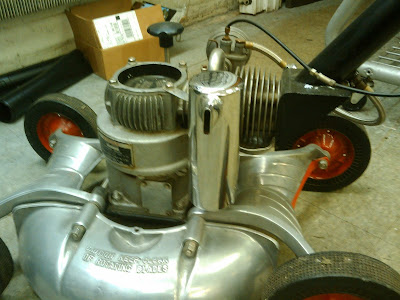 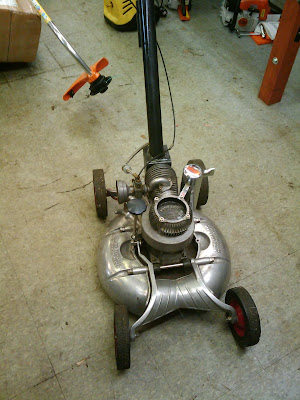 Quick heads up. Dice 36 just dropped and the Vincent racer featured is a beast! Also, somewhat of an oddity for a primarily chop 'n bob book, is a 59 streamlined Velocette lakester from down under. If you're over 40 and think like a 60 year old purist, Dice isn't for you - but if you're under 50 and think like you're a 20 year old who finds stock bikes boring, and VICE magazine funny, this is your rag.... but I digress.

Packed in this issue is the assortment of mid century Harleys styled like 2010's interpretation of the 70's - ya follow? Thats all fine, but I really dug that the Vincent and Velo were included - though content is minimal. Keep mixing it up, Dice - Variety is the spice of life right?