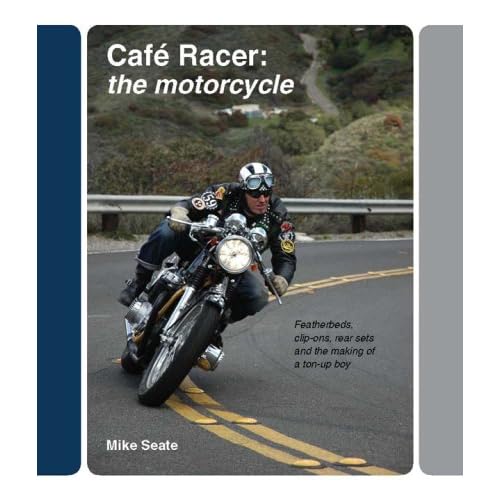 Mike Seate, Author of the book Cafe Racer, Editor of Cafe Racer Magazine, director of Cafe Society (documentary on Cafe bikes) is set to launch a new TV series on Discovery HD Theater. It premiers next Wednesday. Should be worth checking out. Heres the details I received in an email:
Cafe Racer, the new series on
Discovery's HD Theater channel debuts
on Wednesday, October 13 at 9PM.
After a successful pilot episode in December,
Cafe Racer is back on television. Don't miss the
first two episodes, back-to-back, on October 13!
Posted by Matt at 7:12 PM