The Quirky DAF 46 Dutch Mini 4 seater. Race it in REVERSE!

In 1928 Hubert "Hub" van Doorne founded the company as Commanditaire Vennootschap Hub van Doorne's Machinefabriek. His co-founder and investor was Huenges, managing director of a brewery. Van Doorne had repaired Huenges' car several times. Huenges was so pleased with his work that he offered to finance him in business. Hub started to work in a small workshop on the grounds of the brewery. In 1932 the company, now run by Hub and his brother, Wim van Doorne, changed its name to Van Doorne's Aanhangwagen Fabriek (Van Doorne's Trailer Factory), abbreviated to DAF. Huenges left the company in 1936 and the DAF company was now completely in the hands of the van Doorne brothers.


In the winter of 1954 Hub van Doorne had the idea to use belt drive, just like many of the machines in the factory that were belt-driven, to drive road vehicles. In 1959 DAF started selling the world's first car with a continuously variable transmission, the small four-seater DAF 600. This was the first of a series of models to be released in subsequent years, including the DAF 33, DAF 44, DAF 55 and DAF 66, all using the innovative Variomatic transmission system. In theory, this always produces the optimum torque. The variomatic was introduced by DAF in 1958, also putting an automatic gear box in the Netherlands for the first time.


The Variomatic, does not have separate gears, but one (continuously shifting) gear and a separate 'reverse mode' (as opposed to a reverse gear), the gear works in reverse as well, giving it the interesting side effect that one can drive backwards as fast as forwards. As a result, in the former Dutch annual backward driving world championship, the DAFs had to be put in a separate competition because no other car could keep up. Thus, these very cheap and simple cars were the 'formula one' in this competition.


Check out this unbelievable video from you tube of the Daf's racing in REVERSE:


The DAF 46 is a small family car, introduced in November 1974 to replace the 44, although at the time it was announced that the two cars would be sold "alongside" one another, suggesting that there were still substantial stocks of the earlier model awaiting customers.
Fast forward: February 1st, 2012 - My good friend Justin called me to ask for a hand moving some items into a storage locker for our late-friend, Ryan Dunn. Ryan had a collection of cars (mostly BMW's) but amongst his assortment of auto's was one of his favorites: a 1976 DAF 46 which he imported from the Netherlands several years ago. According to the Daf Club of America, Ryan's '76 is one of four 46's of this particular year known to be in the United States.
Since Ryan's tragic loss (along with our good friend Zac Hartwell), the Daf has sat in the grass next to Ryans former office in West Chester PA. Completely exposed to the elements, Justin was worried that the car would quickly deteriorate and wanted to safely store it until the family decided what to do with this sentimental piece. The car was precariously parked behind two trailers with little room to maneuver it back to the storage locker - which we had just cleaned out. Did I mention the cars battery was dead and the tires were nearly flat? Being that the car is so light, we ended up lifting the rear-end and swinging it around so that it could be pushed back onto the blacktop - no easy task! Once we were able to push it back to the shop, we inflated the tires and carefully backed it into the dry storage locker where it now resides, locked up tight.
What will become of the car? That is for the family to decide. It meant so much to Ryan that it's hard to part with. For now we feel that at least it's out of harms way until that difficult decision is made. 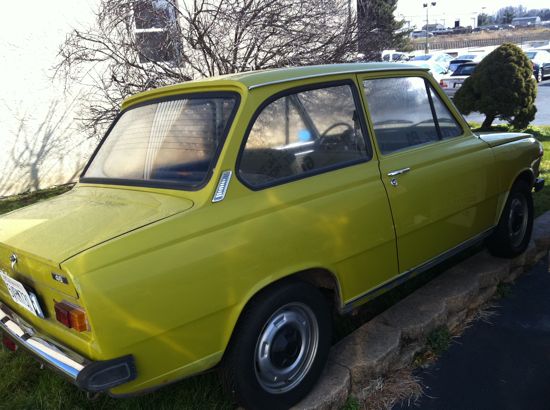 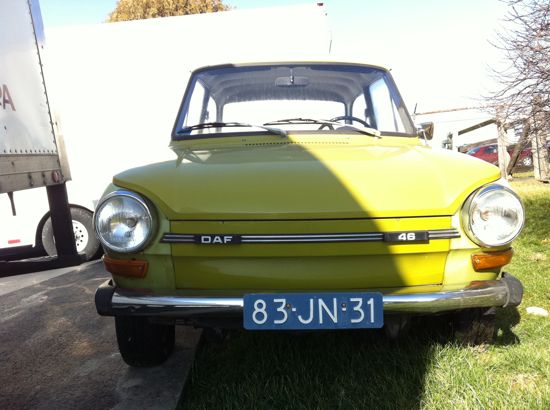 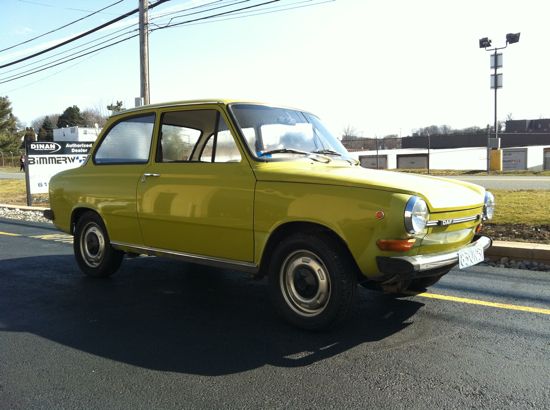 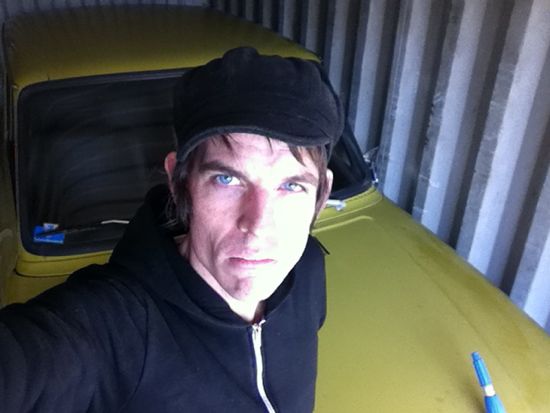