The best thing about Barber Vintage Festival is not found in the swap meet, the auction house or the concours - it's the eclectic eccentric and passionate people that come out of the woodwork and the stories they share. 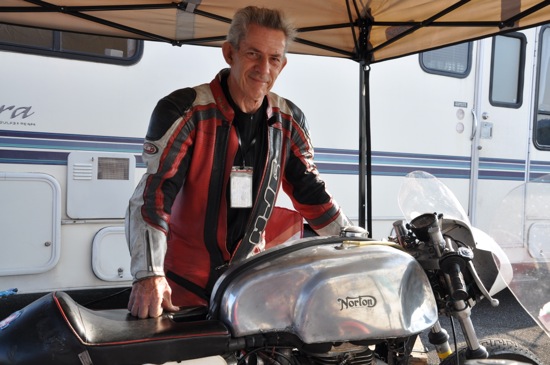 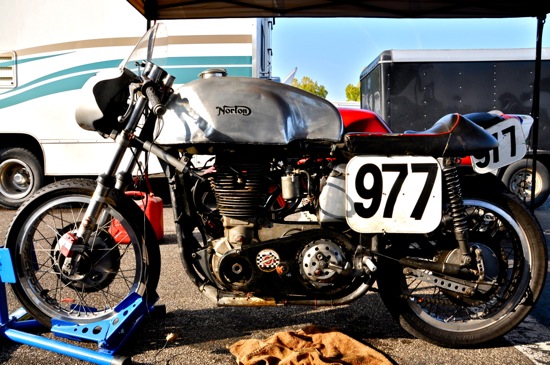 Dave King, the man pitted right next to us, turned out to be one hell of an interesting guy. Born and raised in South East London, Dave got into motorcycle racing in the 50's during the height of the post war British singles. He started out on a Velocette 250 before graduating to a Norton Manx. His knowledge for these bikes runs deep as exhibited when he helped us pull a Magneto on the Manx belonging to John Lawless in our pit-area.

After lending a hand to help our mag issue (helping a fellow racer in need is one of the greatest things in vintage motorcycle racing) we got to chatting about his days racing in England. Dave pulled out a folder he keeps in his camper. In it was an old photo of him racing as well as a program from Brands Hatch showing the starting grid with Dave right there in the line up with Mike Hailwood and Derek Minter!

Daves job as a machinist brought him to Canada in 1969 where he continued his love of two wheeled competition in the Enduro world. In 2000 he decided he wanted to try vintage racing and set out looking for a Manx like the one he used to race all the way up until 1967. The prices of this highly collectable bike floored him. "you couldn't give those bikes away in the later part of the 60's" he recalled "The Japanese multi cylinders were beginning to make everything else completely irrelevant. I sold mine when it still had a little bit of value, I saw the writing on the wall". Still his desire to be on a big single persisted and he decided to build his own. He collected a bunch of parts from various friends. A 1960 Jawa type 890 speedway motor for power. A 1960 Norton Atlas chassis and transmission. Triumph conical hubs and forks. The gas is pulled through a massive Amal GP carburetor. Standard issue Manx Gas and oil tank completed the look. The big 500cc engine was designed to run on alcohol (14:1 compression!) so to compensate Dave added another spark plug on the other side of the head to improve combustion. An external oil pump from an Atlas improved the flow from the sump and a boyer electronic ignition with total loss battery replaced the magneto. 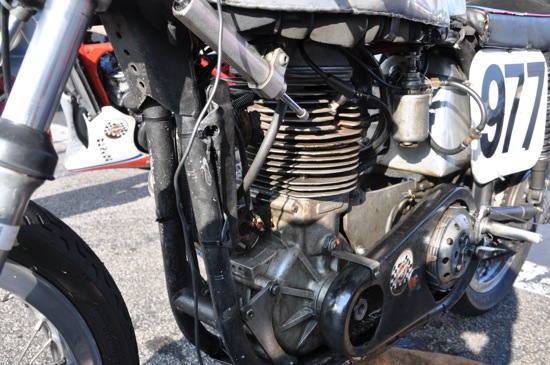 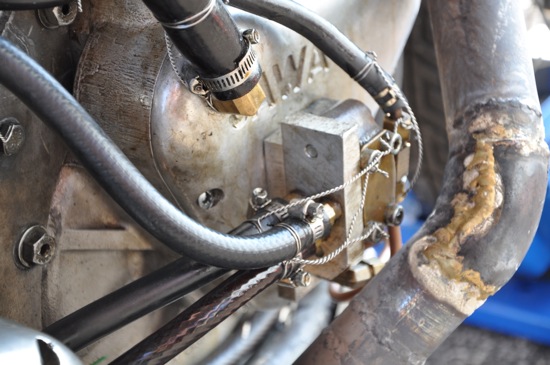 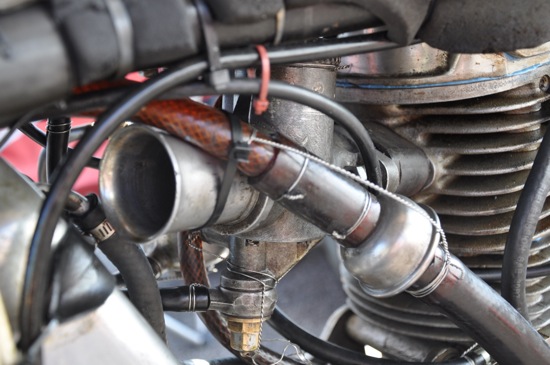 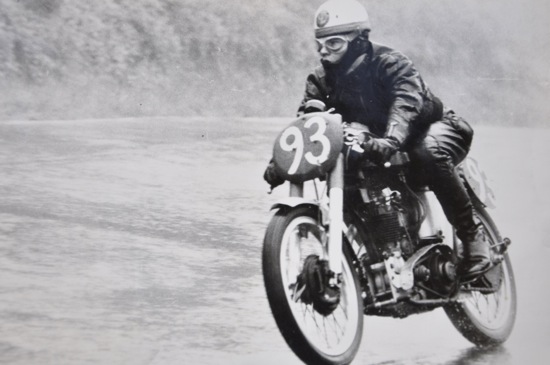 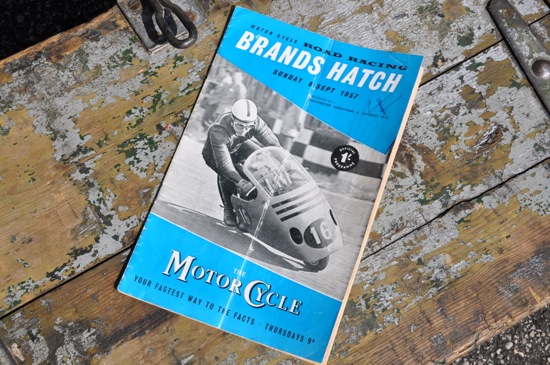 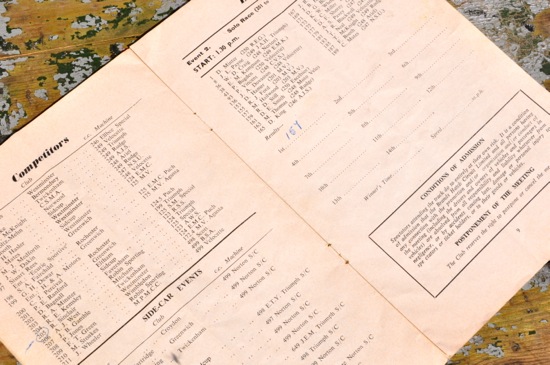 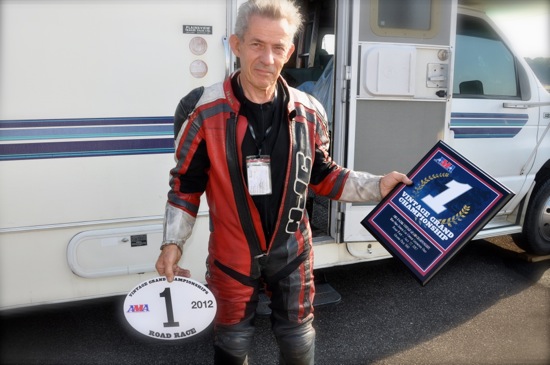 The bike is ever changing. Scars from old welds show previous trial-and-error-engineering. Its not a show bike, it's a workhorse built in the same scrappy manner that Burt Munroe built his Indian and Velocette - with whatever was available to make it work better. You can tell it's hand made, but you can also tell it's well thought out with one goal in mind: Speed! Dave is a true racer, engineer and above all, a sportsman. These are the things that keep me coming back for more.
Posted by Matt at 8:01 PM