PVR puts on an annual swap meet each winter in York, Pennsylvania. While a far cry from the quantity of bikes and bits at events like Vintage Days, it did manage to cure the cabin fever I've been feeling with all the snow we've gotten this year. As expected, British bikes were few and far between. Lots of Motocross bikes: mainly the big four but I spotted a few Bultacos and Hodakas. In fact Strictly Hodaka had a table set up and it was nice to meet those fine folks. Turns out they're working on aftermarket seat pans that'll fit my 1970 Ace 100, though I'll have to wait several months. No worries, the old, rusty seat will due for spring riding (assuming I get it finished by then...)

As usual, I met a bunch of nice people and had plenty of great cycle-talk. Saw some beautiful bikes, picked up a couple of odds and ends for my Bonneville.... blah blah blah - enough talk, here's the pics: 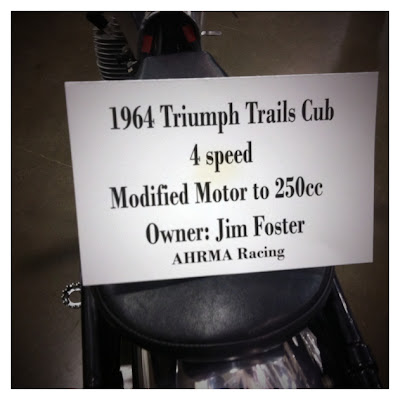 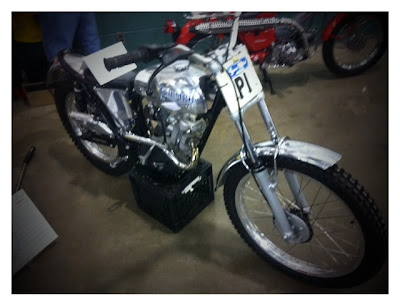 Tiger cubs were the dominate force of this years mid-winter meet. Lately, I've been dreaming about building a Cub race bike capable of breaking the ton... Speaking of which, I have a great surprise for anyone into Tiger Cubs, Triumphs or just race bikes in general. Parts Monkeys and Tech Junkies get ready for the next  Smoke and Throttle entry coming this week!
Posted by Matt at 3:18 PM